Nervous about breastfeeding? Click here to be enrolled into The Ultimate Breastfeeding Class!
Skip to content
I’m not going to lie to you all.
My daughter took a very long time to get off the bottle.
She was stubborn and super bossy when it came to her ba-ba.
I tried many things to try to “wean” her off… but nothing seemed to work. I tried to do what the other moms said they did.. I read every article, and when I started to feel like we were finally getting somewhere, my daughter would throw her sippy cup and DEMAND her bottle. I started to feel like giving up: Was it me? Was I not being pushy enough? Was I giving in too easily? 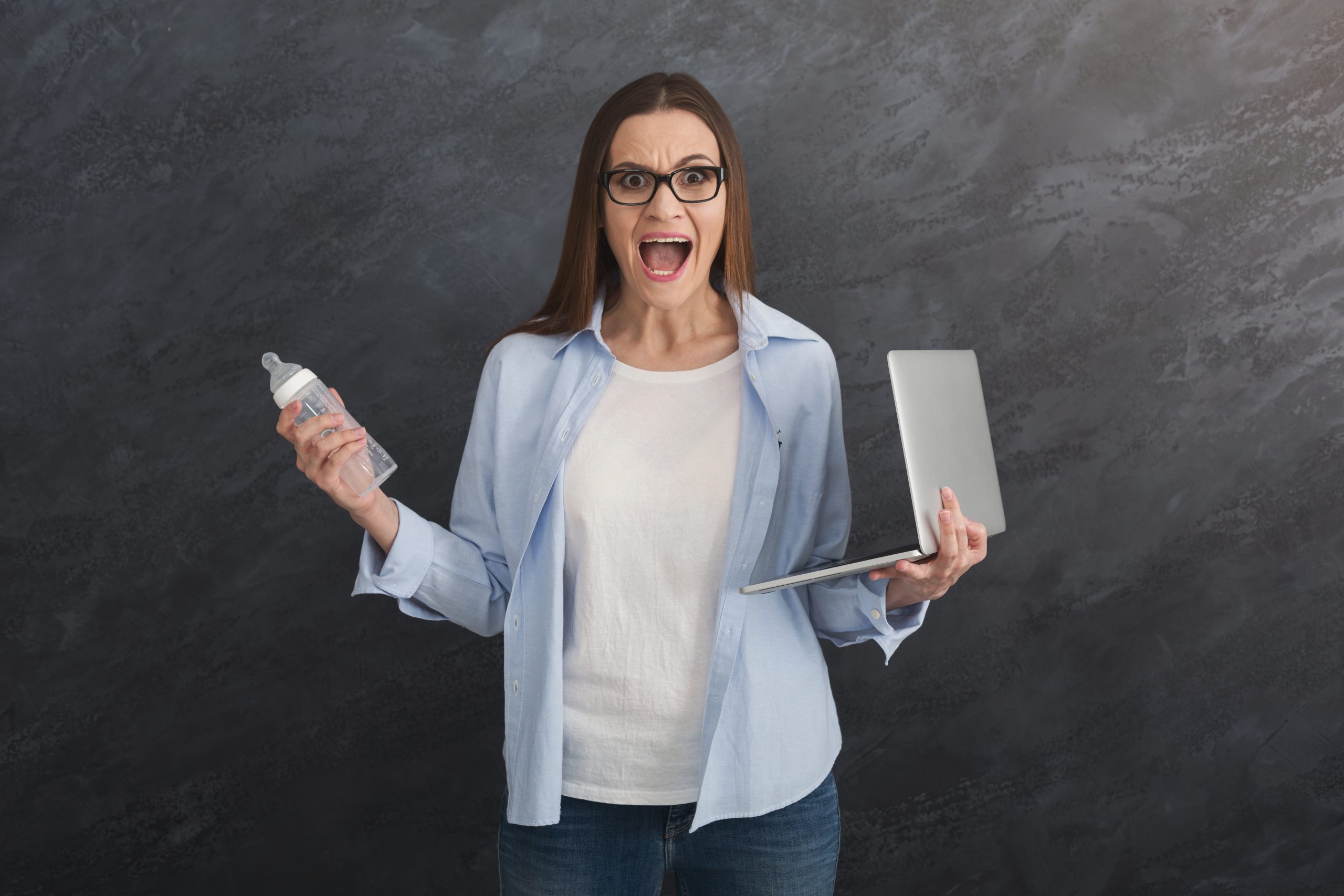 I now know the answer the those questions were a “No.” You see, every kid is different. Like super duper different. So, for me to think that what worked for other kids would surely work for her, was just silly.
After failed attempts trying to do what the internet said, I finally threw in the towel and did it my own way.
And after two years and two months of my little girl being on the bottle, she had finally transitioned to a sippy cup and never looked back.
So, now you’re probably wondering: What’s this magic secret to wean a child of the bottle?
There isn’t one.

But I can tell you what I and other mamas did- and guess what? All of our stories are different! 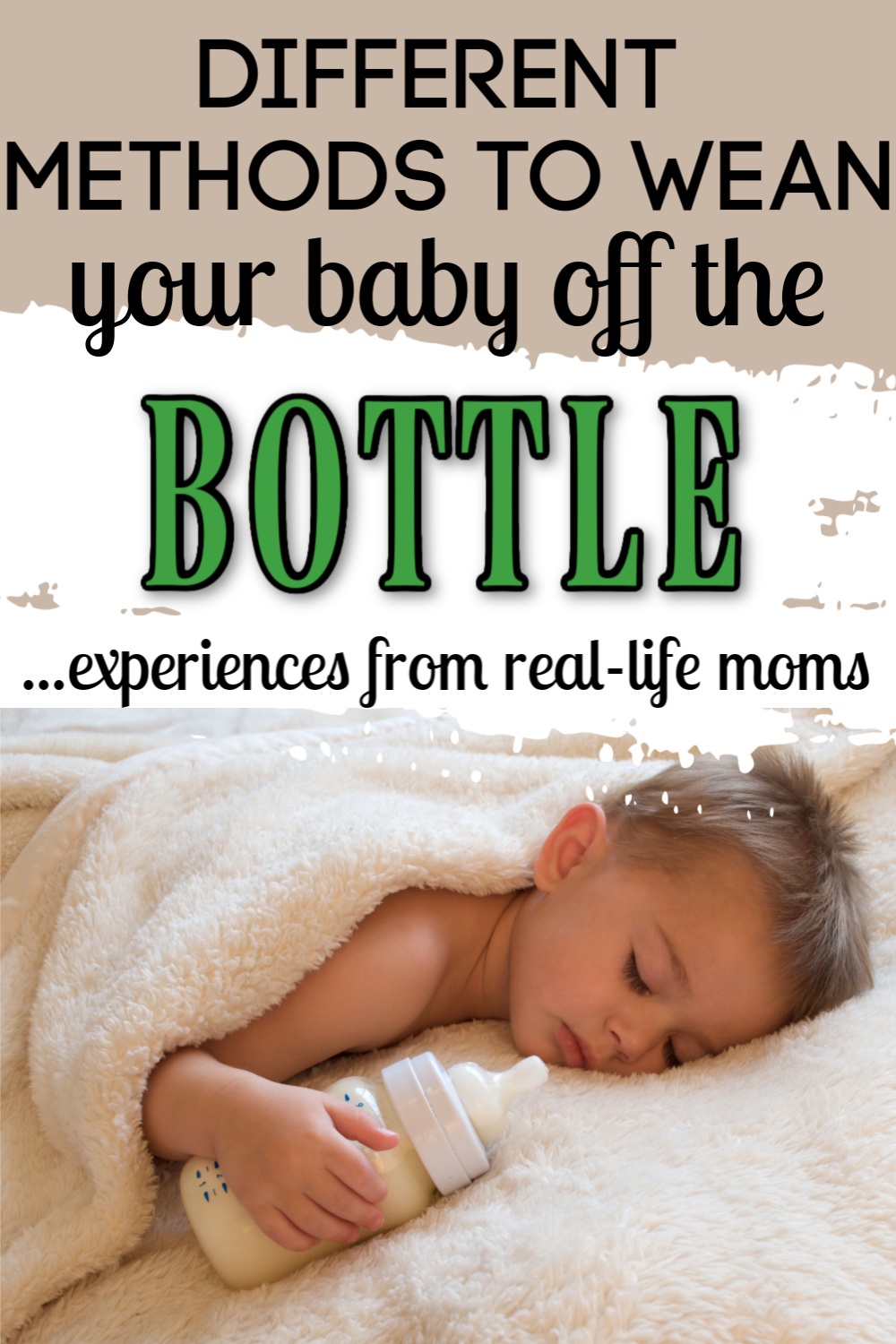 Like I said, my daughter was over two years old when she finally let go of her bottle. I tried different styled sippy cups to try to find what she liked, but she didn’t seem to like ANY. I followed all the “rules”- I let her pick out her own cup (at the end of this she ended up picking out 5 different cups because I was THAT desperate), I filled a bottle with water and a sippy cup with her favorite drink, and I even bought those little juice boxes to get her used to working with a straw. And although for a few minutes, those “rules” did work, after those minutes, she would throw a fit.

She cried, I cried, we all just… cried. And then, for a little bit, we gave up trying.

Until I noticed her two bottom baby teeth were starting to turn towards each other.

And I felt so guilty because THAT’S MY FAULT. I’m the mother, I MUST take charge of this situation.
So, that was it for me. I threw away her bottles and just let nature run it’s course. The first day was hard. But not as bad as I thought it would be.
Then, bed time came. And I was so nervous– she ALWAYS went to bed with a bottle. always. And before you even say it, yes, I know that’s bad, but before I could stop this habit, it was already a full blown thing, so save it.
Instead of giving her a bottle at bed time, her father put her to bed with a sippy cup.
And let me just cut to the chase here… One of her first ever sippy cups, that was no more than $5 and had ZERO designs on it (no paw patrol, no elsa, NOTHING, just PINK), she fell asleep with. This could be it, I thought. And guess what? IT WAS!
After that night, she never asked for her bottle again and never refused one of her sippy cups.
Now, at two years and four months old, she uses any type of cup, sippy cup or regular, without any problems, and I couldn’t be prouder of her.
You’re probably going to want to try this method, and definitely you should. However, before you do, read what these other moms did to wean their children off the bottles. You might find a method that works better for you than cold turkey!

Brittany, a mother of two, shared her experiences from her daughter and son. “My daughter was 18 months when we got her off the bottle.” Like me, Brittany was also worried about her daughter’s teeth, “The dentist said it would ruin her teeth,” she said, “[After] 3 days of her crying, we just didn’t let her have it anymore. I cried right along with her.” I feel you, mama! Weaning her son off the bottle was a similar experience. “My son was 2 and a half [when] we weened him down,” she said. “[There was] 1 bottle left in the house and when he lost it, we never bought anymore and he did great on his own!” That’s such great news! And this just goes to show that our kiddos are stronger than we think!

Celia, a mother of two toddlers and an infant, had an interesting thought process when weaning her two oldest boys off the bottle. “I started weaning all of them between 10-11 months,” she said. “I started introducing them to a sippy cup once a day with breast milk that was getting a little cooler each week until they could drink it refrigerated.” That’s very interesting! “Then by the time they hit a year, they would be good to start transitioning to whole milk. Then after a couple months of them knowing how to hold a sippy cup on their own, I started transition to cups without lids. You give less liquid to decrease spill mess while they learn.” Wow! I’ve never heard of that tactic before. Calling all moms of children less than a year old- give this a try! I’m definitely going to try this with my 8-month-old. Celia also added, “It took a few weeks to transition out- no more than a month. I loved not having to hold a bottle for them,” she said. “I also loved seeing them do it on their own, how intelligent and much older they were getting. It’s bitter sweet. It’s a task they don’t need you for anymore, but they also don’t keep you up all hours of the night for feedings. It’s a sign you did your job of teaching.” Awww, I love that! I agree, it’s definitely “bitter sweet,” and such a huge learning moment for them! 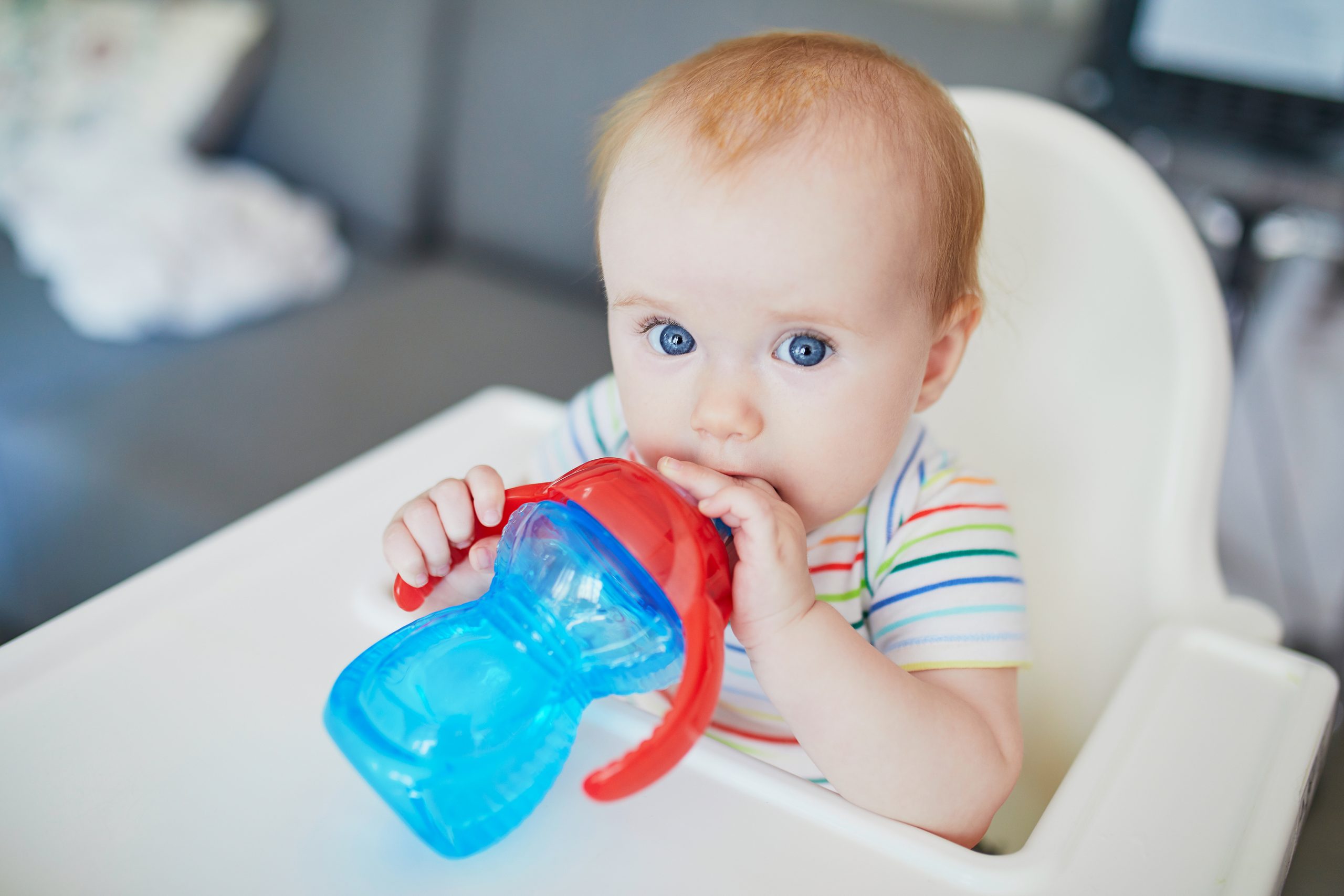 Last, but not least, Kaitlin, a mother of two little ones, shared her experience getting her toddler used to a cup. “I’m pretty sure it was right at the year mark we introduced the sippy cup, when we weaned him from breastmilk,” she said. “He had no trouble switching from a bottle to the sippy cup.” YAY! “We use the kind that doesn’t have anything that sticks out, just looks like a regular cup with a rubber valve over the top.” (GET YOURS HERE.) “He loves drinking water, and asks for his cup all day long. Around 18 months we let him start using a cup without a lid, and that did take a couple months for him to really get the hang of,” Kaitlin continued, “Honestly, switching from bottles to sippy cups was not a dramatic process for us. I have never let my son take a bottle or cup to his crib or bed, so I didn’t have to break him of that. When we stopped using bottles it was a little bit of a mixed emotion, sad that my baby was growing up, but pride that he was learning new skills.” I feel you on that one! This just proves the theory even more– that all of our children are SO different.

So, which method will you be trying? Comment below!

9 True Things About the First Year of Motherhood

Sleep Training Your Baby to Get On The Perfect Sleep Schedule

7 Indoor Activities for Kids {Updated for 2020}

To the One Who Made Me a Mom